Why is the Bitcoin transaction volume falling so much? 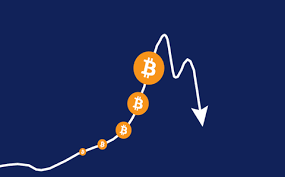 Convicted fraudsters like Roger Ver have cunningly positioned themselves as anti-heroes, protecting the (gullible) people against the system. In Roger Ver case, he visited the Mt Gox exchange and said that he had seen the accounts and they were in order. He is either TOTALLY INCOMPETENT or he is a CRIMINAL. As he is a convicted criminal who has done jail time for fraud AND he is banned from trading in USA, I will let you be the judge. But the key issue is that NO ONE IS CHECKING THE BACKGROUNDS OF THESE INDUSTRY ADVISORS who are inciting people to distrust the establishment. What is really happening is that the SEC have been incredibly reasonable and are only now going after the criminals, after taking four years to learn from all parties what fair actually means. While the people continue to support KNOWN FRAUDSTERS due to gullibility, we will continue to see massive scale of fraud. People are greedy and foolish.

Roger Ver’s company operates outside of US law and is behind manipulating the market. Brazen thing for me to say? He is on public record, making misleading statements about Bitcoin VS Bitcoin cash all the time. The body of evidence is massive. However, because he is domiciled outside of US territory, he thinks he can get away with saying anything. He has said on public record, that insider trading is good. (twitter)

Regulators are doing us a favour.

Organised criminals and convicted fraudsters have been posing as heroes of the people. Whereas what they have actually been doing is funeling the value of the many to the few, back to them, through coercion. Regulators see this and are attempting to actually reduce the amount of crime and fraud occurring in Bitcoin.

How do I know?

I am professionally involved in Bitcoin Recovery, Anti Fraud and have been face to face with regulatory bodies. I use software for bitcoin recovery that tracks bitcoin criminals and connects to a FBI database of known organised crime. This software means that I can track down money laundering, no matter how complex and divided the blockchain trail. I have personally stepped into successfully recover bitcoin from all kinds of scams and schemes, which were organised to take bitcoin from people.

What are the impacts?

The selfish behaviour of market manipulators that pose as heroes has actually robbed people of their value. Instead of seeing this convicted fraudsters as heroes, you should see them as they are, SELFISH.

The loss of value we are seeing now is not dissimilar to what happened between ETH and ETC when selfish people saw an opportunity to say they had the original code of Ethereum. Both ETH and ETC bombed from US$22 to US$7 for quite a while.

What about the future of Cryptocurrency?

Lets go back to basics.

Blockchains are a decentralised ledger of transactions.
Blockchains with smart contracts can program device actions.
Transactions need to be fuelled by a digital currency as a rule.

Which means that FUNDAMENTALLY, Cryptocurrences are absolutely necessary for fuelling transactions on Blockchains.

Because at a fundamental level, the new technology can reach back to connect to old technologies via ODBC, API and SMART CONTRACT engines to map database data into new databases that connect to ACTIONS.

This means that BUSINESS TO BUSINESS, Blockchains and the Cryptocurrencies that fuel their transactions, are vital to COST REDUCTION, by AUTOMATING operational efficiency and reducing HR costs.

Which is why MOST INDUSTRIES are seeking to achieve an INDUSTRY STANDARDISATION, not previously possible with older technologies.

This leads to mass, efficient scalability and growth.

As I detail in my full day workshop BLOCKCHAIN IDEATION - how to transform and lead your industry with Blockchain - as presented at three of the worlds leading Blockchain global events.

Crytptocurrency has a bright future as a business to business data interchange fuel for trillions of transactions. Especially on the Ethereum blockchain.

Although I am not allowed to share links, I regularly teach people the truth about how to be safe, how to trade and where to find the facts about Blockchain and Bitcoin.

Suffice to say that you in my opinion (and I am not a financial advisor, I am a technology advisor, so you do so at your own risk) it is worthwhile to treat Cryptocurrency only like Cryptoasset, like a TERM DEPOSIT at the bank. You buy and then hold LONG TERM over months and years, those Cryptocurrencies which have a BLOCKCHAIN BUSINESS MODEL behind them with channels and partners for scalability of a genuine solution to a genuine problem.

If you play the long game, you are likely to invest in a BLOCKCHAIN SOLUTION token that becomes the next Google.

To that effect, ICOs are under intense scrutiny and those without a BUSINESS VALUE may well end up going to jail. So make sure that you research if they ICO has a business model that solves a problem and has real value.

Be careful out there.
Protect your value.

For future viewers: price of bitcoin at the moment of posting is 9150.10USD