Here are my thoughts on bitcoin for today. If you see people on social media saying that bitcoin has broken the current bull flag don't believe them. So far in the past 2 months there hasn't been a daily candle that closes above the trendline which means bitcoin is still on this current downtrend.

If you take a look at the volume, notice that instead of increasing it was decreasing which is not a volume that you would expect for a breakout to happen. It should 1,2,3 and 4 increase in volume on the daily chart. Here are 2 examples of a breakout with volume as a confirmation. 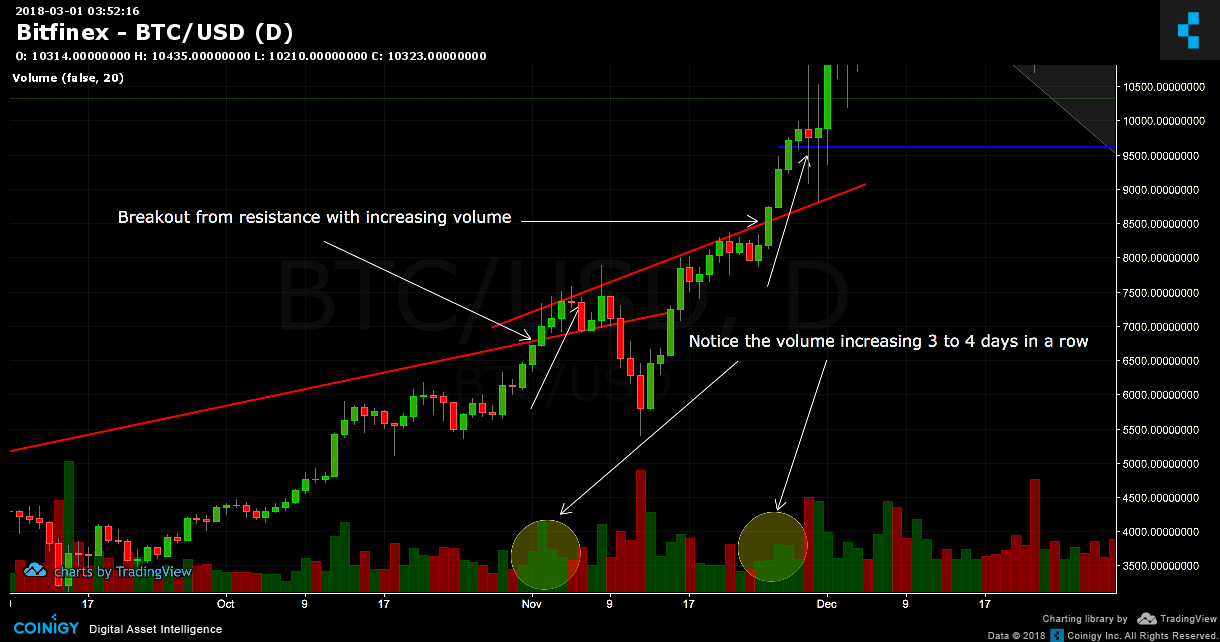 If you see volume with a pattern like this, then you can expect a more probable breakout. So, until I see a volume confirmation like this I don't think bitcoin is going to breakout from this current downward trend.

You know the drill guys. This is just opinion and not a financial advise. Do you own research and decide your own trades. Cheers!