In the #cryptocurrency sphere, we have a growing school of thought that "outsiders" don't matter; to drive the price of #Bitcoin higher, all we need is each other.

It sounds like some f--king John Lennon song, and I love the man, but I have to drop a #truthbomb -- he's dead, and they're wrong!

In order for Bitcoin prices to move higher, indeed, for any #altcoin asset to gain profitability from here on out, requires evangelizing! We do need the general public, or else this whole game will at best just remain static.

Let me prove it to you with empirical facts.

First, we'll need to pull up a chart demonstrating the relationship between the bitcoin price and bitcoin's popularity. To do this, I downloaded data from Coin Dance which showed the market share of Google searches for the term "Bitcoin." 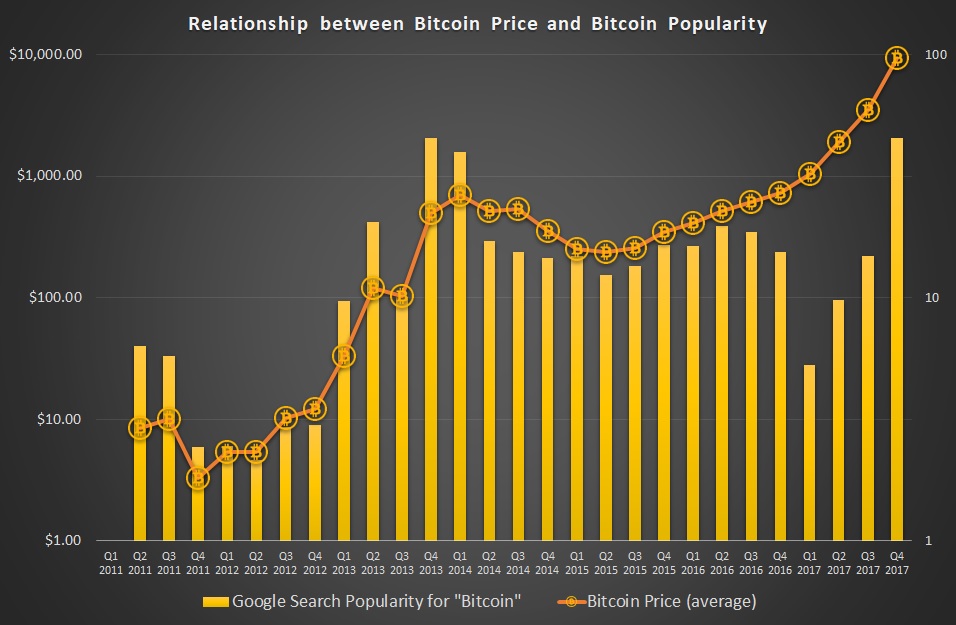 Some key takeaways for y'all:

I repeat, since 2016, bitcoin price and its popularity share an 83% correlation!!!

So for all those that say screw the public, we'll start a revolution on our own...I love your enthusiasm guys, but you're wrong...you're so wrong...you're scientifically wrong, which is the worst kind of wrong to be!

All joking aside, we don't have to worry -- the dramatic rise in bitcoin popularity means that we'll probably get higher bitcoin prices no matter what!

Thanks for reading and I appreciate any and all upvotes, which goes into supporting my efforts for #Steemit and the cryptocurrency sphere!

For more of my work, please see the following:

My price analysis ...any thoughts?