The Cult Of The Elliott Waves

Nobody has mastered the art of reading tea leaves and making predictions based on these readings as the practitioners of the school of the Elliott Wave. But if we take a closer look, we see that such analysis is more akin to astrology as opposed to statistics or mathematics. Thus, the comparison to a cult makes sense, especially when you consider the dogmatic nature of their irrational beliefs. The following analysis will go over the piece Is Technical Analysis a Quantum Event? where we will uncover and dispel the beliefs of Elliott Wave Grandmaster @haejin. 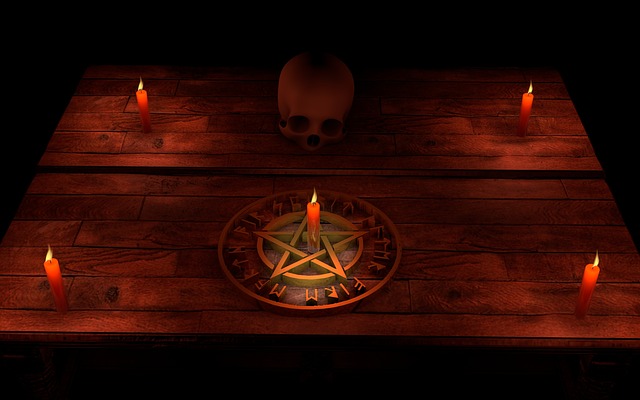 The essay starts off with a straightforward and agreeable premise that most people can agree with:

The basic tenet of Technical Analysis is that sentiment drives all price actions.

I will start off by stating that this is the only reason that technical analysis works. You are simply finding patterns and then trying to derive sentiment from these patterns. These are most effective in the short term and lose effectiveness the bigger your picture is. Given that you are looking for patterns in sequences where randomness may be present, the technical analyst often makes incorrect predictions. Essentially educated gambling, but I will acknowledge that those that use the information intelligently can make money.

But Elliott Waves take the looking for patterns to a impractical extreme, but we will discuss this later. Later in the same paragraph we get this gem:

Both move in waves or cycles and all according to the Fibonacci Golden ratio. Nature's biology to the immense spirals of the galaxies and even the molecular helix turns of our DNA strands abide by this Golden Ratio. Sentiment is no exception as its ebs and flows occur according to Fibbonacci sequence.

First off, this completely ignores logic in that the author argues that sentiment flows according to the Fibonacci sequence. He makes this assertion on the basis that things in nature abide to the Golden Ratio. And then assumes that because some things in nature follow the Golden Ratio, sentiment also follows. Without any real evidence to back up his statement, we are left to trust some mystical belief in universal mathematics. He simply says some mystical bullshit and then expects us to believe the jump to such a conclusion.

But next he ventures into territories of irrationality previously thought unreachable by human consciousness. He brings up Einstein's famous energy equation and builds an mystical story to connect his theory of sentiment to scientific theory. He argues that the equation E = MC^2 embodies sentiment.

Allow me to explain. In the equation, C^2 is speed of light that posseses the photoelectric effect, and the basis of all life begins with light and this is an undeniable tenet of our world of form. Plants converting light into energy using water and CO2 is an actual application of Einstein's equation.

There is nothing really wrong with these statements, but he uses biology and physics to begin building a story, one we will see doesn't really make sense. Like the earlier argument, Haejin's logic arguments follow a pattern where he makes a true statement and then asserts a unrelated statement is true because that previous unrelated statement is true. That is like me saying: F = ma, therefore I am a genius because the mass creates force through acceleration. But let's return to the grandmaster's theory.

Having said the above, sentiment is an expression of energy that is chemically conferred.

His conclusion after constructing his story of biology, physics, and chemistry is that because sentiment is derived from human emotions which are derived from chemical reactions, that Einstein's theories explain sentiment. And that's not false. But there is an underlying conclusion he is also trying to make. That Einstein's credibility means that what he says is credible.

He continues ranting about scientific ideas in a way where I am not really convinced that he knows what he is talking about, buts let's assume that all his science is correct. We reach the final concluding statement:

So, thoughts and feelings are quantum events. To me, this means that sentiment has to follow the laws of E=MC2.

Regardless if you believe in the conclusion or not, he is trying to relate two completely different things. Sure, sentiments technically have to follow physical laws, but WTF does that even mean? That's like saying poker follows the laws of physics. There's no useful information there.

For me, the bottom line is that not much can come before sentiment except thought and before that is Perfect Thought. There is a famous saying in the Plato's Republic Essay: "what are words but symbols of symbols; hence twice removed from reality." You might also be familiar with Plato's Allegory of the Cave which too has the same rationale.

For cryptos, such expression is seen in its price actions. This is also why measuring price movements can't be perfect as all techniques are twice removed from "Reality". This is why Elliott Waves need updates and edits with new price action data as it only measures the reflection of sentiment.

What comes here is his reasoning to why technical analysis is an imperfect art which I explained earlier. You are looking at patterns rather than direct sentiment, but he has not shown that such sentiment produces certain patterns as a law of nature. He wants you to believe this, but this is simply not true.

Such beliefs ignore the dangers of extrapolation. Sentiment can change on a dime and isn't a mystical predicable force. Let's even agree that sentiment is a quantum event. Quantum mechanics rely on probabilities, so you are playing with randomness you simply can never predict. Even if you could construct a perfect model of sentimentally, you could still be wrong with your predictions.

I will note that I there are some areas that I do not address, mostly because they are irrelevant to the argument and make any tangible sense. So, basically trying to sound smart by saying things that people don't understand and connecting nonsense beliefs to scientific theories. Beautiful.

But let's address Elliott Waves and why they suck extra hard. The first issue is that drawing such waves is subjective. Other means of TA will yield objective results which lend them some credibility. One Elliott Wave analyst could draw a different pretty picture than another analyst. And they could both be following the rules. Who's right? Well, you have to wait to find out.

The second issue is that such predictions are heavily based in hindsight. An analyst could argue one point, and then a few weeks later draw a different set of waves because the first set wasn't right. Your modeling technique is backwards. If you have to make backwards adjustments to your model, then your model doesn't work. Sure, you might reliably see the waves in the past, but you are practically guessing how the waves form in the future.

But such arguments come from logic and don't connect to the universe. Thus religious cult members will tend to ignore arguments of logic and reasoning and buy into stories of natural laws and universal mystical principles to explain why price acts in a predicable way.

If any grandmasters of the cult would like to correct the errors of my ways and can give empirical evidence that their technique works rather than making up a story that connects the universe to technical analysis, then by all means prove to me that they work.

Unfortunately, such technical analysts do not collect statistics or run tests against their hypotheses because they are not scientists. They are fortune tellers from a prior era. They feel the energy of the universe channel their feelings and then due to quantum majesty and the art of bullshit, they come to the conclusion that their fortunes are destined to come true until they don't.

Such beliefs culminate in such backward thinking as the following:

As an Elliotician, I believe that price drives the news and events and never the reverse.

I have nothing else to say, make your own conclusions!

All my sentiments put into tangible thought. Perfect =D

You know he posted the exact same thing 4 months ago too, so it's hardly an original thought. The argument basically states that everything abides by physical laws, but this isn't exactly true.

Quantum events only apply to the extremely small, and breaks down around anything bigger than an atom. Sure that determines the behaviour of the atoms in the Universe but if we're going to argue that it therefore has influence on the whole Universe then it makes his whole post completely moot.

Likewise with classical physics, yes it is the foundation of physical motion, but at a certain point biological evolution kicks in. Random genetic mutation creates species that evolve through non-random selection, all of which is very much biological, not physical and not quantum.

To extrapolate sentiment from Quantum you have to go through the multiple infinite possibilities that comes from any 2 or more atoms working together, you have to pass the border of infinite possibilities creating the universe and the planet we live and every catastrophic event that gave rise to us, before passing through the infinite, random genetic and biological processes to get to our sentient position in the Universe.

If you can make practical use of that then you deserve every penny Steemit has to offer!

If he was actually able to manage such possibilities and model them in an effective way, he also wouldn't be wrong half of the time. But your point is more elegant.

Even a broken clock is right twice a day.

Here's the thing about Elliott Waves.

They're cold reading for cryptocurrencies.

You know, like palmistry and tarot cards, talking to the dead and getting a "psychic read" on the room. Predicting the future in the intestines of ducks, patterns of clouds, or the way eyeballs sizzle in a pan. They are all the same thing, and they engender the same response from the same type of people.

They want to believe in something so bad that it doesn't matter what that thing is as long as it is sufficiently ineffable.

And that's all it is.

This is just as true for Bernie Sanders as it is Haejin, unfortunately for all of us. They both have assembled their cults, instructed them in the mystic arts of expectation, and set them forth on one another as self-providing proof that there's a war on and that they are soldiers doing the good work – and as long as they do the good work, good fortune is destined for them.

The more irrational, the more erratic, the more ridiculous the core of the beliefs are, the more religious fervor it is capable of generating.

In a sense I'm kind of jealous of the guys who can make people believe that Elliott Waves are a good reason that other people should believe what they have to say. Just as I am jealous of Southern Baptist preachers who can hold a crowd in the palm of their hand with tall tales of Hellish suffering and the endless repetition of the idea that they are on the right side and will surely triumph in the end.

I don't have the utter shamelessness that it takes to do either of those jobs, but I can appreciate it.

Interesting blog. You have made me very curious about the whole matter. Thanks for sharing this information.