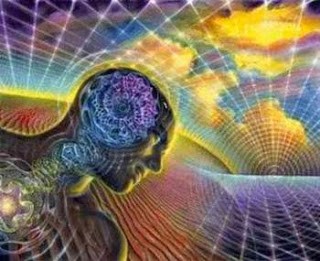 Lots of changes are going on right now. Not only within society but also Earth, cosmic changes, true energy changes going on with everything. Quantum Earth Changes.

We are starting to see a lot of energetic anomalies happening around the Globe. From noctilucent clouds, plasma ropes and weird plasma jets being found about the Earths surface.

'The Event' - Vague New Age terminology. Another name for ascension, or revelation, or quantum cosmic shift that we are all expecting.

In science it is sometimes called the Galactic Super Wave.

Essentially we are all expecting a massive shift not only on our planet but this is cosmic and galactic in scale. Even multi-galactic or universal.

There is a myriad of different pieces of evidence showing you that changes are occurring energetically throughout our solar system. We have various spots on planets getting brighter (electrifying). Look at Saturn's poles to see this. On Earth we have tons of clues that energetic changes are occurring. From weird rainbow clouds in the sky, to noctilucent clouds (night shinning). The clouds usually found around the poles have been moving closer to the equator every year and scientists have no explanation why. There are plasma ropes and plasma balls. Basically all kinds of activity on our Earth. Our Sun is changing as well. The magnetic field of our Sun is weakening. Earth's is as well. We currently have a grand solar minimum in play (much more than scientists expected) To add to it all of this we are expecting a pole shift on our planet. The North and South poles will do a little flip-a-roo. We are very, very close (as in imminent) to the true Quantum Shift that is going to happen.

Here are some of the changes and what it will look like leading up to it.

I believe quite a few of us are already seeing the effects of us getting closer to the 'Ascension'. I don't really like the term 'Ascension' because of the preconceived notions behind it. We could call it societies quantum evolution, The Shift. Things will continue to change as we come nearer to the shift and I am sure that we are all experiencing changes even though we may not be conscious of it all. Your subconscious is definitely feeling it as you become more aware that the shift is occurring and what the effects of it may look like then. Yes, these effects will move into your consciousness. You may wake up and say 'Wow! I am feeling a lot different!'

I will list a number of these changes so that you can be aware of what some of the changes look like.

Dreams
Are your dreams becoming much more vivid? Are your dreams taking on a new dynamic that you never dreamed before in your life? Are you able to astral travel (to wake up in your dream more easily and navigate)? Notice that your dreams may be becoming more symbolic to your life.

Sounds
There is a ringing in the ears. This is quite common. Our senses are adjusting during these energetic shifts.

Sight
Your sight may even change. Things may appear shimmery almost.

Lazy
Some days you may even feel like you have been hit by a bus, no energy, no motivation.
(don't use this one as an excuse)

Maybe you are getting some weird energy shifts. Your DNA is changing. All of our junk DNA is turning on with all of this activity. Our physical bodies will have to deal with this. Mentally we need to deal with it as well.

Mentally we feel we are able to tap into this energy. Is your extrasensory perception a little more tuned in? Are you noticing some telepathic sync ups with people around you? Do you seem to be thinking the same thing as the people around you? This would be a big sign that we are nearing the imminent shift and you are riding along with these changes is that fact that your consciousness, your latent abilities, that are natural to every single human being, is getting turned on. Those genetic codons are activating. They are turning on and then we can figure out how to use them.

It could be a bunch of different things. Maybe your taste buds are changing. I have noticed my body becoming more sensitive. I find that I do not need as much caffeine or as many hits off that joint. I also find that my taste is changing. I used to have a massive sweet tooth. (I have a very strong ego, where I attach to things very easily. So that is good and bad. I wrangle with it and learn from it. You could say a blessing and a curse.) I find my taste is changing where I do not have as much of an interest in sugary food as I previously did.

What might it look like when we get there?
There are a few things that I speculate. In taking all of the pieces together these are some of the scenarios that I think may play out when we get to that point. First of all, there may be global visuals. This might happen in a few different ways. A few days ago we saw rainbow colored clouds over the Phoenix Valley in AZ. This could be a sign. We may get to see other colored, weird, abnormal clouds. Also, we may see Aurora. Not just at the North and South poles but a Global Aurora. When the shift happens there will be a massive energetic release from the Sun. We will have plenty of cosmic rays as well. Our Sun will hit us with a blast of energy. When the global skies glow with Aurora those people around the world that are not aware of the changes may freak out a bit. I assume a lot of questions will be asked at that point.

We could see, kind of funny to think about, but we could see a global DMT(N,N-Dimethyltryptamine)trip. So when these cosmic rays and solar radiation hit us it activates our consciousness, our DNA. So the Pineal Gland in our heads are going to be secreting DMT. It is going to be a Global DMT trip.

When the shift hits us it will be on a massive scale. A globe wide DMT trip. Let that sink in for a minute. How great would that be! How much imbalanced ego would get broken and how much would we all connect if this happens.

We can also expect to see gravitational changes on Earth.

When will this happen?

I believe that we are 1-3 years out from this taking place. The reason I believe this is because of Global Consciousness. Good news is that we have a ton of people waking up across the globe. We have supposed insiders dropping info on the internet. We have MSM posing things about secret societies and UFO's. 2 or 3 years ago we would have never seen this.
So YES,people everywhere are waking up. However, there is still a massive group of the population that still has no clue what is going on and are still totally lost. Unfortunetly ignorant. The brain washing has a deep hold on them so be kind.

So global consciousness brings everyone into the picture. There is still a bunch of clean up on this planet before we can get to that Ascension.

Probably the biggest clean up will need to be in regards to pedophilia. Most people do not realize that pedophilia exists in elite circles, government, politics, corporations, the UN, hollywood, etc....
My point is that a lot has to happen to influence that Global Consciousness.

Finally, the Shift doesn't just happen. The Shift is caused to happen by each and everyone of us on this planet. We all contribute to it through our mental states, our consciousness and our thoughts. So once we prepare ourselves for service to others and start to inform ourselves and other people and to get the disclosure ball rolling. We need to get people to really understanding what is going on in politics, in large corporations, in our government and in the intel agencies (alphabet agencies). When there is more understanding and clarity then that shift is going to start happening because there is direct feedback between us and our Earth, Earth and us, our Earth and our Sun, Sun and Earth and even the Sun and us. You see every little thing is connected. We are all conduits, literally crystal conduits on a giant plasma ball (I believe that our Earths core is plasma not iron.). Basically. we are each electric beings on an electric ball swirling around another electric plasma ball (the Sun) so that there is a feedback loop between everything.

Update: Some of us know why ; ) ...
https://www.scientificamerican.com/article/the-sun-is-spitting-out-strange-patterns-of-gamma-rays-and-no-one-knows-why/