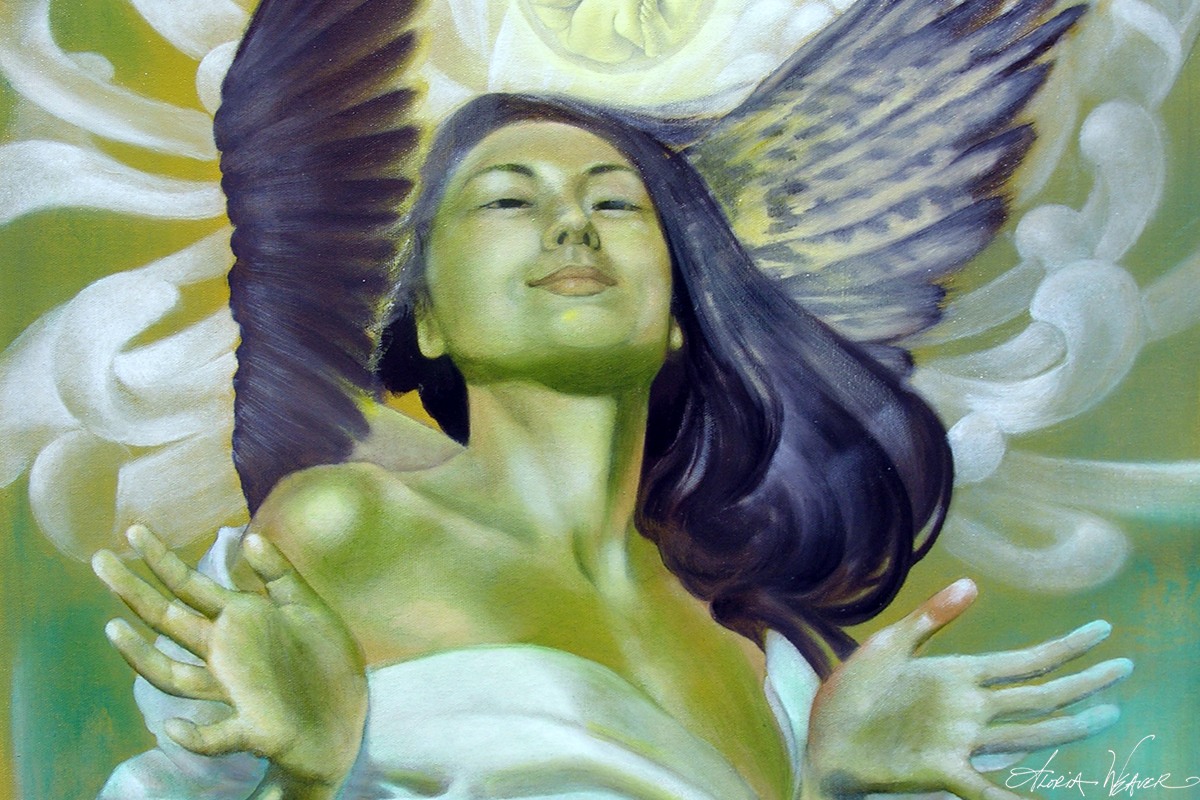 This piece recognizes humanity’s use of nuclear power as fundamentally destructive (as evidenced by the nuclear devastation of Chernobyl and Fukushima). The current hypothesis of gravitational cosmology regards our Sun (and all stars) as thermonuclear reactors. The Electric Universe offers a transcendent understanding of stars as electrodynamic phenomena, redefining our concept of energy and leaving behind the old-paradigm nuclear model.

The Angel of Rebirth rises above a nuclear explosion, beneath which the skull of a baby glows amongst the masses of the dead. Above the mushroom cloud, an aurora shimmers (a subtle reference to Kristian Birkeland’s theory that the Aurora is due to ‘charged particle beams’ from the Sun, which has only recently been confirmed).

The Angel offers up an egg, the symbol of life and fertility, within which a human fetus awaits genesis, signifying the birth of a new consciousness. From the Angel’s crown, a chrysanthemum blooms. This flower is symbolic of death and grief in many countries such as Japan, Korea and China, as well as in Europe, but it is generally regarded as positive and cheerful throughout most of the United States. While the chrysanthemum serves as a reminder of new life emerging from death and decay, it also suggests that what is good for some may bring suffering for others.

See the other Paintings in this series on Steemit

My first reflection was that of the heart chakra in her and also green always makes me think of Mother Nature and her powers of rebirth and healing. Beautiful as always!

What an amazing piece and the symbology is spot on. I really like the hope of the flower petals in the sky.

Glad to hear it resonates with you!