The Art of Riding a Wave: Reinventing Cultural Institutions

In October, Catalonia attempted to declare independence, with a popular vote by referendum, from Spain. For a while, the small region of northern Spain took the lion's share of media attention. Still, the Spanish government put a damper on the election by arresting separatist leaders and holding new elections in December. Now February, support for independence is at its lowest in four years. Catalonia failed to ride its media wave to long term success. It experienced a temporary revival, but in the long term, failed to reach desired results. Like Catalonia, cultural institutions must balance the delicate art of riding waves and finding new waves to ride. 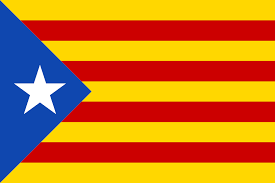 How long can Catalonia stay in the news?

How can cultural institutions ride the wave?

Cultural institutions face a similar issue of riding momentum to ultimately disappointing results. The Avenue of the Arts has been lauded for creating a revival in Philadelphia since the heavy investment it received in the 1990s but is such a revival sustainable? The answer is no. The act of revival itself is fleeting and harsh reality sets in when life is achieved again from death. Revivals inspire waves, sometimes important and inspiring, but ultimately fleeting. Old rules like no clapping between movements makes orchestral music awkward for everyone involved: time to adapt

Adaptability is the key

Any surfer will tell you, every wave whether you catch it or miss it, eventually crashes. Likewise, the cultural sector must not focus on catching the latest wave, technological or traditional, but rather building the tools of adaptability to change when change is needed. Culture costs and donors change which is why cultural institutions need adaptability for longevity. As the people who have money change with the new economy it is important for the culture sector to appeal to its new donors to continue to remain relevant.

How can we make cultural institutions adaptable

Accept change. One problem with cultural institutions is how slow they are to adapt to new changes. When the United States was declaring independence based on ideals of the enlightenment, the Spanish Empire was opening Pontifical Universities that would have clergy teaching memorization of ancient texts. It is little wonder why the cultural development of the United States and its universities vastly outpaced those in New Spain.

Rather than aim to build cultural institutions that will stand for the next one-hundred years, Philadelphia should look to the development of cultural institutions that have the adaptability to change with each new system of growth. #Steemians know that the folks at #explore1918 understand change and adaptability which is why Temple University is on the cutting edge with its Public History. 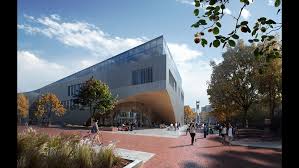 Temple's new library may not have many books, but it looks cool. The real question is: Will it have the tools to adapt or will it just be another outdated building in thirty years, like the old library?

To ride the wave, you have to adapt to new times. Had Catalonia known that its five-minutes of fame in the frenetic news cycle would only be enough for temporary acknowledgement, the reformers may have looked for more modern methods of nation-building, perhaps one that begins in language rather than the ballot box. In the cultural sector, inventing new methods and focusing on adaptability will help the sector develop.

How else can cultural institutions become adaptable? Why don't you help by supporting #explore1918 a revolutionary and adaptable new program.

Submit
$11.91
19 votes
2
Authors get paid when people like you upvote their post.If you enjoyed what you read here, create your account today and start earning FREE STEEM!
Sort Order:
[-]
rashbash (-1)  ·  2 years ago

So the question remains: how do we invest in this kind of change?