Yesterday was my very first 3D archery contest. I shot many (fake) animals, but didn't forget to take pictures inbetween! We woke up early in the morning to drive over to the location. Seeing as the drive would take two hours and we'd start early, we made sure to have everything ready the night before, so we wouldn't have to get up even earlier. 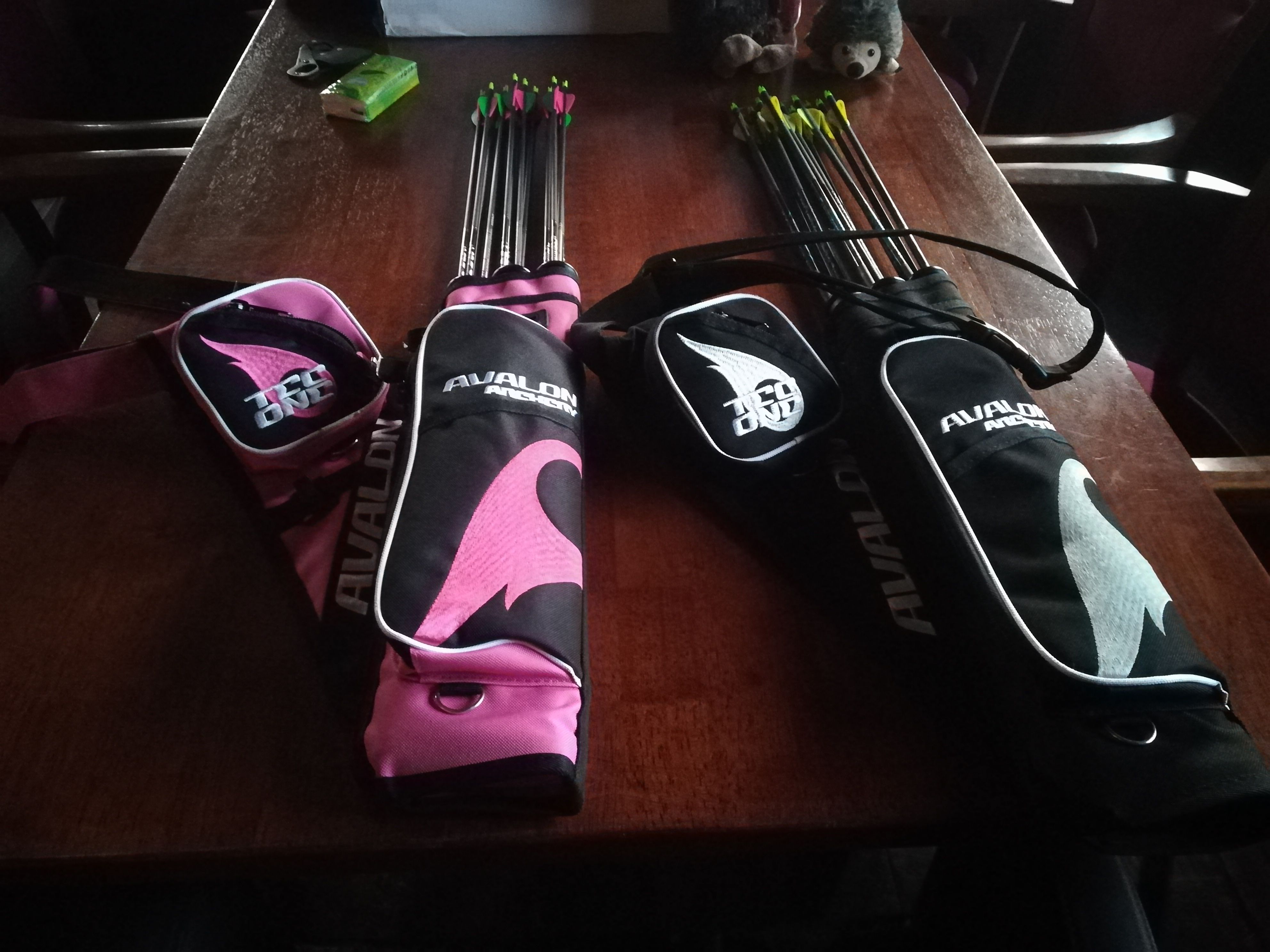 My fiance's dad's friend drove and once we arrived, I knew I'd have a good day. I mean, who wouldn't at a location like this? With great weather too! 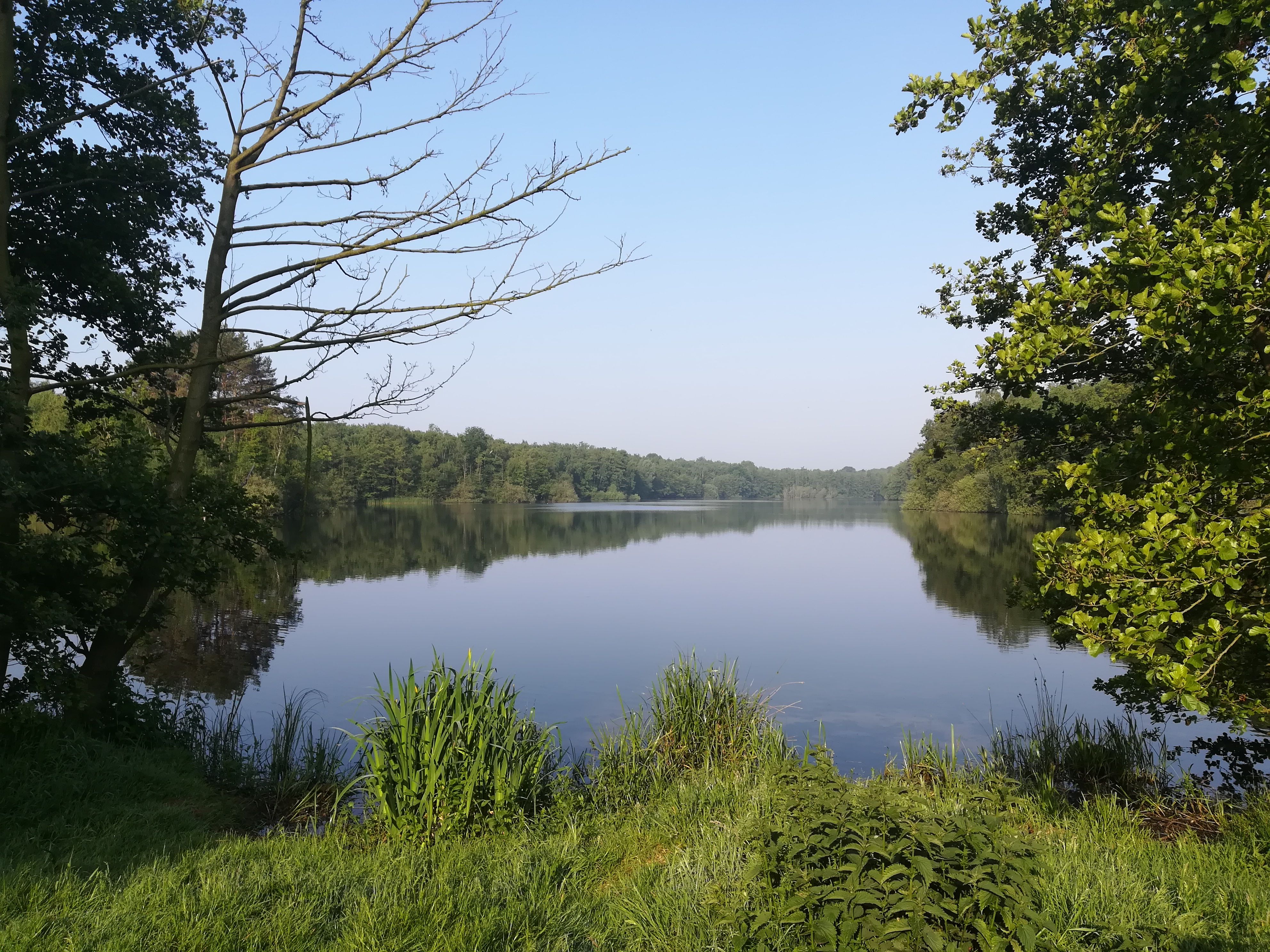 My fiance, his dad and I joined three others we didn't know yet and that was our group of the day. There were 28 targets and every group started at a different target, so we'd all be able to start at the same time. We would all have two shots at each target from two seperate spots. I took a few shots from a little closer, because my bow isn't really strong. Taking shots from further away requires me to aim much higher, which means I need a lot of free space above. Something you don't always have inside a forest! 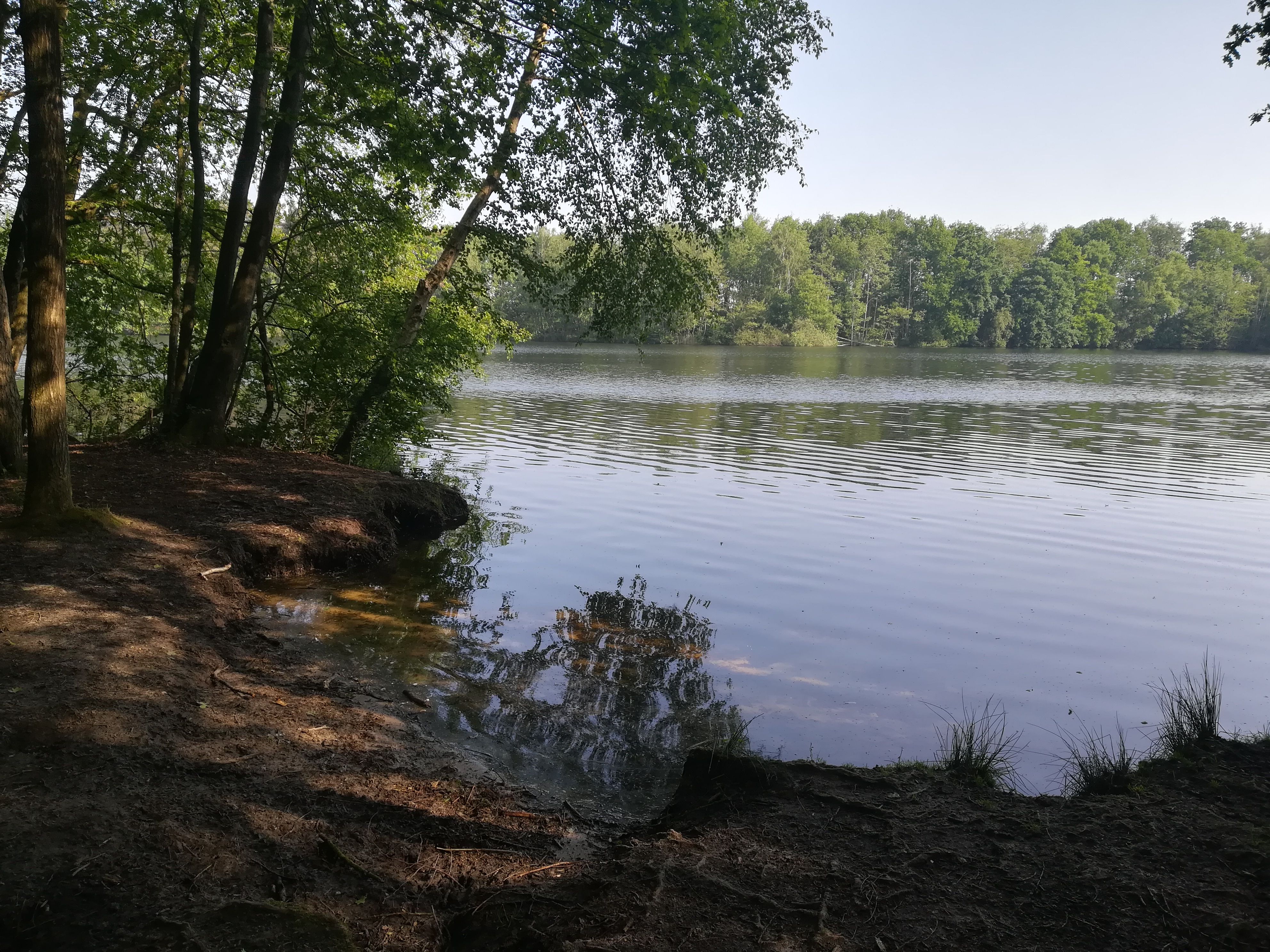 I took most shots from the normal spots though, because I wanted to see how I'd do! My fiance did a great job and so did his dad ofcourse! 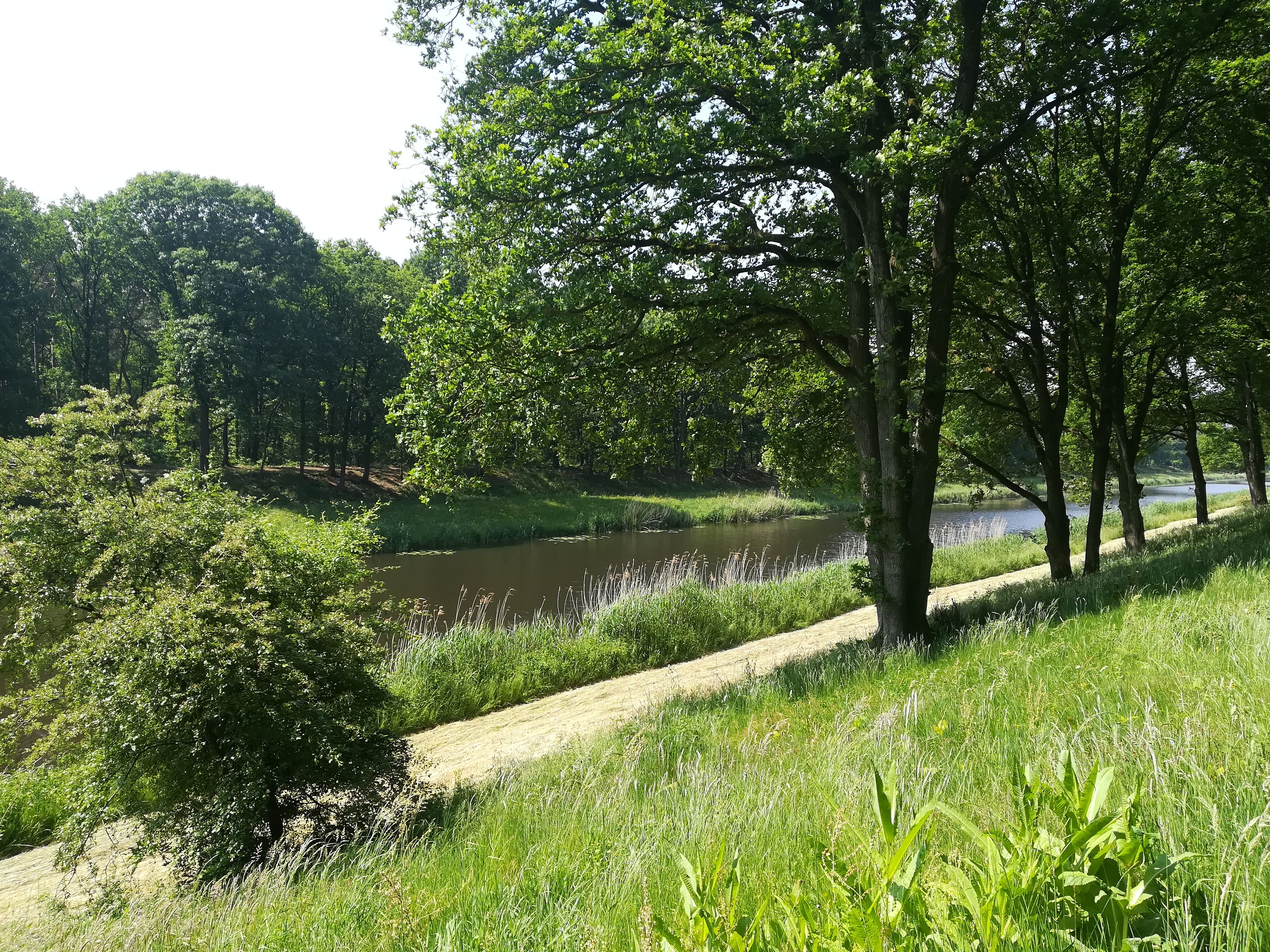 For the (lack of) practice I've had so far, I felt I did alright too. The targets were all 3D animals (fake ofcourse). There was a wide variety and even a few not-so-real ones, like a dinosaur! 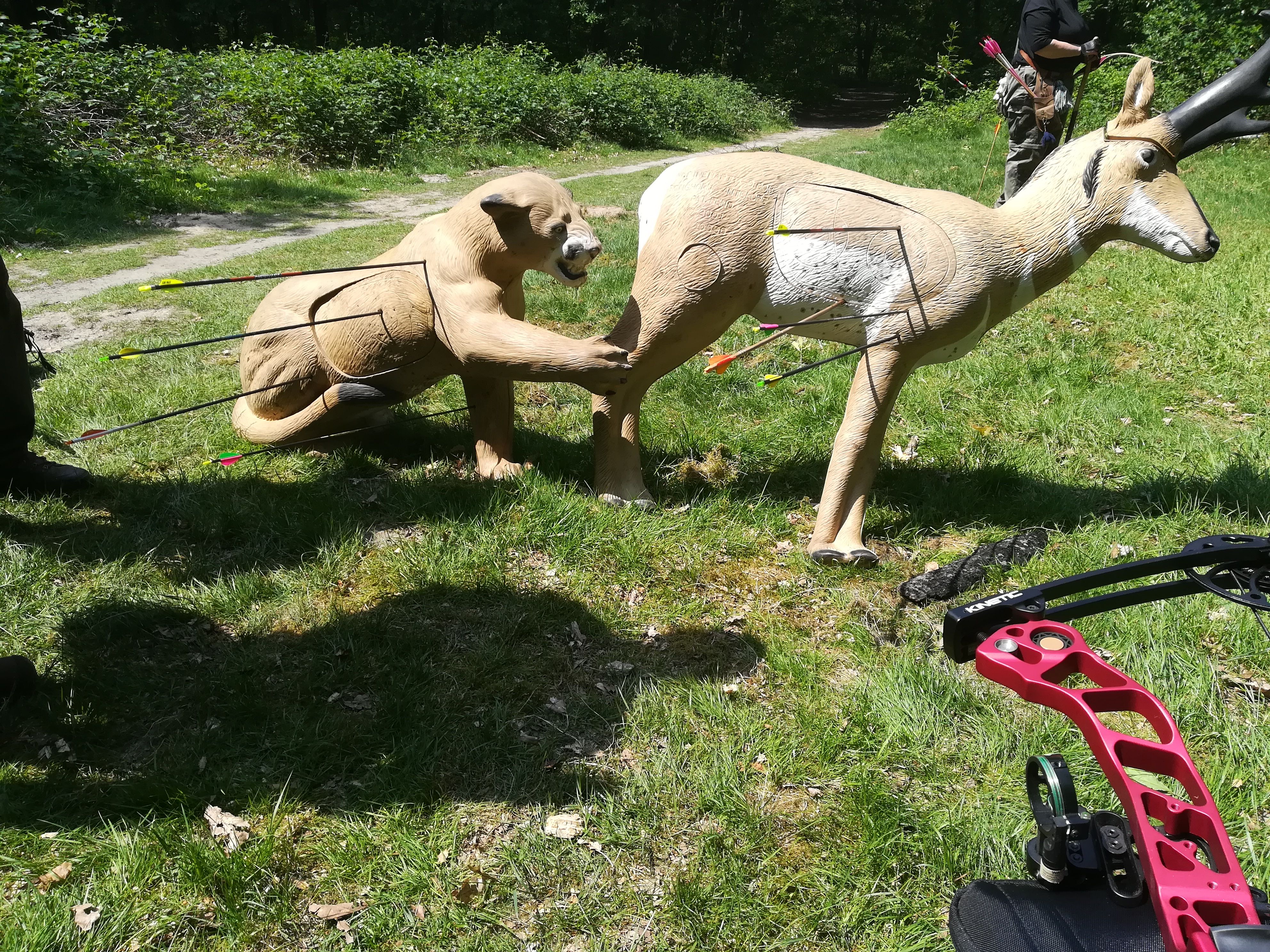 Some targets were easier than others. This turkey was definitely an easier shot: There was also a target where you had to shoot across the water. The target was at the edge of the water on the other side. Some people missed their target here and hit water instead. 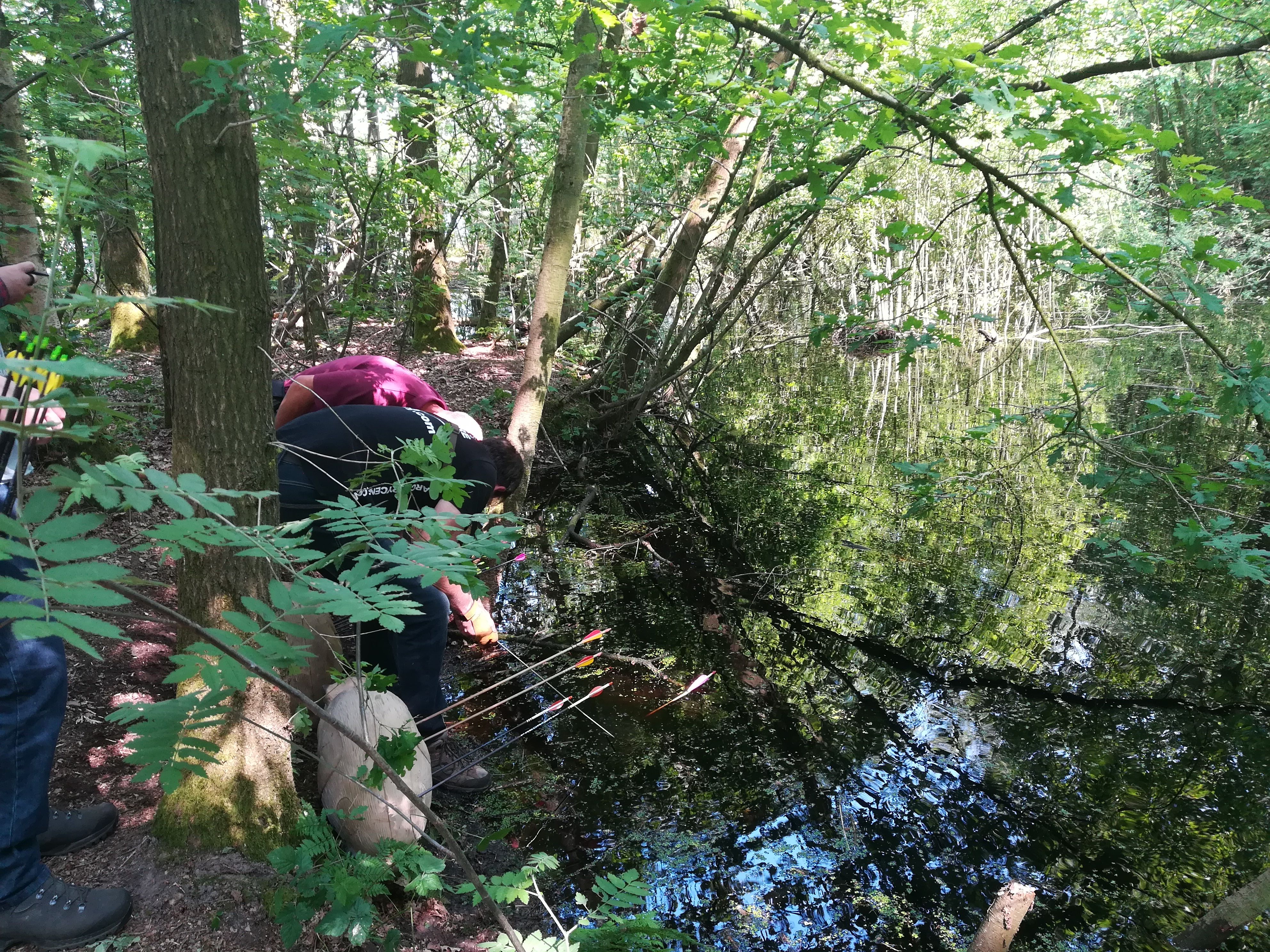 After finishing, we went back to the gathering point, handed in our point count, had something to drink and waited for the results to come in. My fiance's dad usually wins a prize, so he has to stay until the end! The results were in and they started handing out prizes. There are many different categories, so there were plenty of prizes to hand out. I had asked my fiance's dad about my points and how I hoped I wouldn't be close to a prize, because I had taken a few shots from closer. He said it would be fine.

My category came around and this happened: 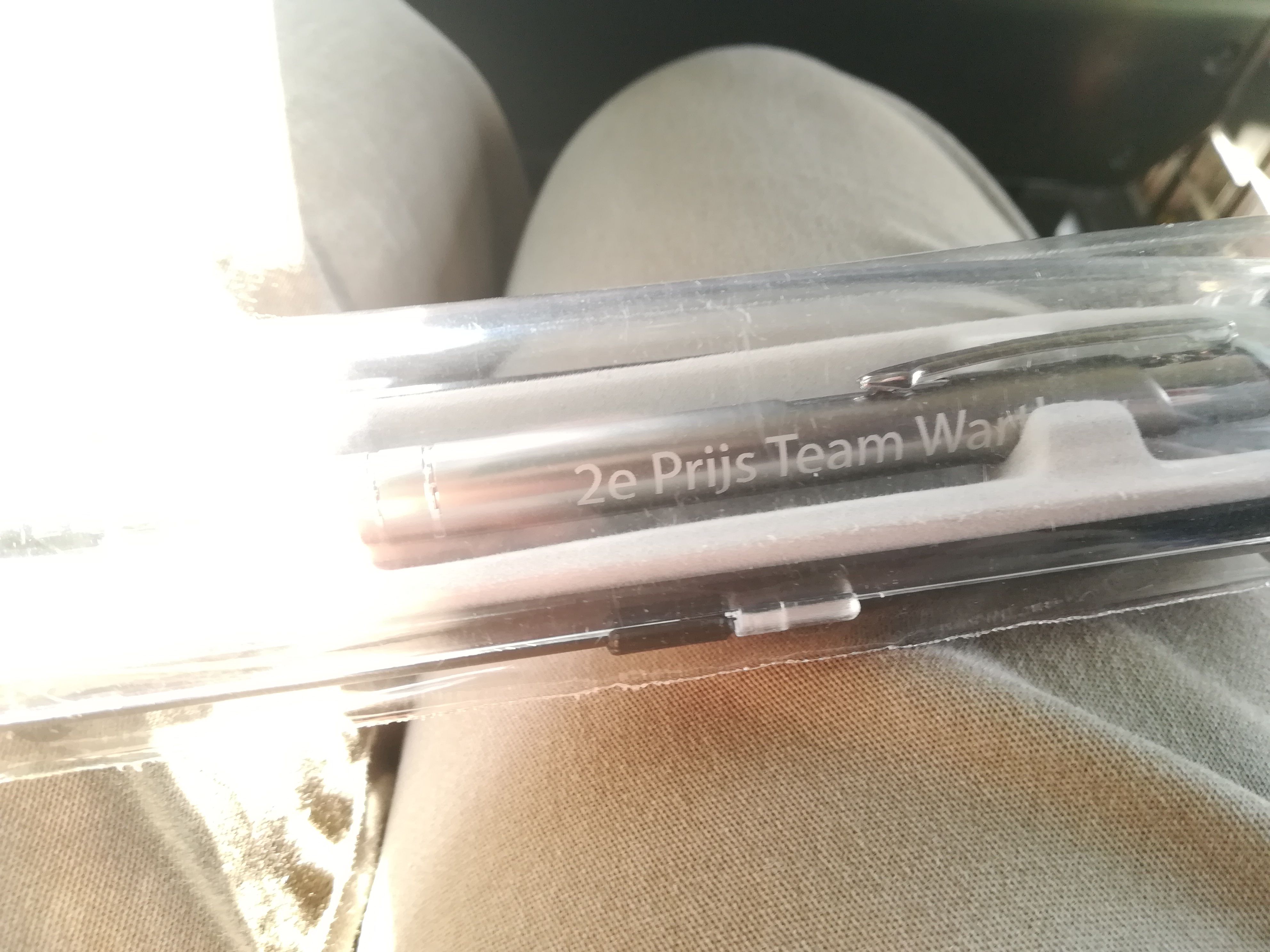 Second place! I felt a little weird accepting it, because of taking a few shots from a little closer, but my fiance's dad assured me I did really well with the light bow I was using and I just wasn't able to take those shots from further away with that bow. So, I'm happy and I know I need stronger arms to get a heavier bow!

My fiance's dad won first prize in his category and his friend won first prize in another category. My boyfriend didn't win a prize, because shooters with a compound bow with visors(?) need an excellent score to have any shot at winning. He did do great though!

So at the end of the day, we headed home with a bus filled with prizes and tired people.

I wasn't very much looking forward to this day, because I didn't want to carry around heavy equipment all day long. It wasn't as bad as I had thought though and the environment made up for any inconvenience. The only thing I hated was the toilets! And the mosquitoes (one got me real good)!

Overall, the day was better than I had thought it would be and now I might actually want to join an archery competition again. At the very least, I'll join my fiance for any competition he joins and if I'm there anyway... why not just participate aswell! Thanks for stopping by! If you've enjoy this article, try my other sites:
| Photo shop | Foodblog | Photo gallery | Twitter | Patreon |

As always, these pictures are made and owned by me and are not to be used without my permission.

Havent seen your face for awhile

And congrats on second!

Thank you so much <3

Congrats and nice post! I enjoyed seeing the vibrant green and the lake. What a gorgeous setting. Glad you had fun too, no matter what it's a great hobby to hone your skills and get outside for the fresh air and sunshine! Thanks for taking us along with you too 😸

Thanks @kenistyles! It definitely was a gorgeous setting and combined with the great weather, it added a lot to the day! Seeing as most of my day is spend inside, this is definitely a good hobby to have, if only to drag me outside once in a while :D

Thanks I truly did, I also wanted to let you know that you can find all your fellow SMG friends easily now without leaving Steemit. If you have time please check it out: https://steemit.com/@smg/feed

We recently voted in a new agreement to engage in the discord at least once in 30 days or to let someone know if they'll be away for an extended period. This way we can account for any absences in our community voting.

Hey, that is such a handy URL, thanks!

I'll be honest with you about Discord, I don't think I'll spend time in the channel. There are just too many for me to keep up with and if I still want to spend enough time on Steemit and on my Curie duties, Discord just falls right down to the bottom of my priorities. I'll just leave the channel instead, so there are no expectations from either sides. Thanks for the heads up here though! :-)

Thank you for your honesty I appreciate it and will still be supporting you personally.

I’ll make sure the changes are made in the group and will be sad to see you go. You’re actually the 3rd most senior member remaining since way back on facebook lol. Anyway, the door will always be open for you to return.

Also thanks for all you do for the whole platform with your @Curie duties and consistent quality! You’re an inspiration to newer accounts and that’s how you were inadvertently adding value to our group.

Thank you very much for the kind words @kenistyles! I'm glad to have been invited into the group and wish its members all the best :-)

wow that looks like a ton of fun! Where was this, exactly?

It really was! This particular contest was held in or near Drunen :-)

Images not suitable for all public XD, it looks really interesting, from what I could read was a great experience, the arc seems to be light, also the place lends itself enough for the activity.

This looks fun. I should give it a try when I get a chance.

You definitely should! It's a fun activity that gets you outside and into nature :D

Great! @palyfulfoodie. Its been a while I did archery,
Anyway u tried at least more than your fiance:D

Archery is such a difficult skill. Best of luck with your adventures @playfulfoodie ♥️

Thank you very much @omitaylor :D