Antibiotic Drug Resistance on the Rise as Global Consumption Increases

Antibiotics are a revolutionary form of medicine developed in the 20th century. They are antibacterial and antimicrobial drugs that treat and prevent bacterial infections by inhibiting the growth of bacteria or killing them. But as their use became widespread, bacteria learned to develop a resistance which rendered the antibiotics more and more useless over time. 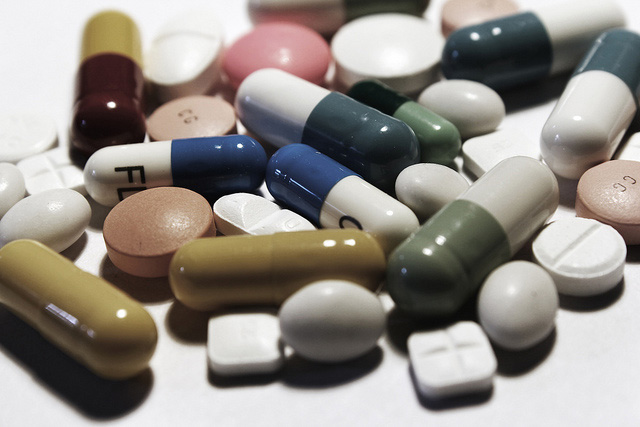 The Center for Disease Dynamics, Economics & Policy (CDDEP) published a study in March 2018 on antibiotic consumption. There are now 15.7 daily doses per 1,000 people in 2015, compared to 11.3 daily doses in 2000. This translates into a 39% increase in the use of antibiotics worldwide. This number only reflect the adult dosage. It doesn't apply to the vast use for nonhuman animals.

The lack of effectiveness of antibiotics stems from an increase in antibiotic consumption. Much of this consumption is not useful and doesn't improve the health of the person taking it. This has created a global health crisis of antibiotic resistance, and it's spreading as more areas of the world start to use antibiotics. A policy of reduced antibiotic use is suggested by the study in order to reduce this problem.

Things are already changing in favor of reduced use in high income countries, as their consumption of antibiotics fell during the study period. However, more action is required, but little is being done to address the UN recognized global threat of antibiotics resistance.

The study has concluded the following:

If we want to preserve the effectiveness of antibiotic use, actions need to be taken. The most important thing to do is to reduce consumption. Setting up proper medical infrastructure in low to middle income countries can help reduce the inappropriate use of antibiotics once introduced to the population. Improved hygiene, sanitation and diagnosis tools can help prevent the unnecessary use of antibiotics.

The improper use of antibiotics is common in high income countries as well. Many people avoid going through the medical system and self-medicate through self-diagnosis. They can do this by using old prescriptions drugs that they never finished, or by going to the black market to avoid doctors fees. I think the use of antibiotics that don't affect certain bacteria can make those bacteria more resistant to antibiotics in general, and prevent the efficacy of potential treatments that could work, but I'm not sure.

Letting our immune system deal with some infections is more prudent. The body is pretty amazing if we let it do it's job and worry less about the "death-knell" of bacterial infections in many cases. That doesn't mean to ignore the use of antibiotics though. Sometimes it's a lifesaver.

My goal is to share knowledge, truth and moral understanding in order to help change the world for the better. If you appreciate and value what I do, please consider supporting me as a Steem Witness by voting for me at the bottom of the Witness page; or just click on the upvote button if I am in the top 50.

yes, @krnel as you say !! there are several ways to prevent a viral infection from spreading through the body. however, dealing with viruses not only requires well-informed patients, but also medical specialists who guide the evaluation and treatment procedure in the most convenient way. One of the most common mistakes made by people who get an infection is to apply antibiotics to fight them. What is unknown about this action are the side effects to health that the administration of an antibiotic can cause. antivirals are drugs that are used exclusively for viral infections. they act against the metabolism of the virus and nullify the strains that may arise in case of viral resistance.

Its side effects are very unhealthy if misused. Though anti-biotics are helping in low-income countries by controlling disease and death toll but due to improper guidance of its usage.
My personal view is to avoit it to maximum as it is all synthetic and doesnt synchronize with nature law (our body).

I agree. Avoid it unless it will actually help you save your life or help you heal when going without it is even worse... :/

You are right. It is something now we have to rely on like technology lol

So true. Letting our immune system handle infections helps. Improved hygiene, sanitation are wonderful alternatives. The problem is that folks want a quick fix...a band aid to solve their problem. Preventive measure should be taken instead. Antibiotics are not a cure all nor should be an immediate answer. I for one have not had an antibiotic in years. Thanks @krnel.

Yes, band aid me up on the effects/symptoms, but I won't fix the cause :P Keep up the no antibiotic use ;)

The biggest problem with antibiotics is their improper usage. People don't know the difference between virus- and bacteria-caused infections, and decide that self-prescribed antibiotics is good idea...

Yeah, "sick" is a general diagnosis, and pills solve it all! :P hehehe

But I have a copyright-related concern here. CC BY-NC-ND 4.0 clearly says NO to sharing the images/content for commercial purposes. I know these results are from PNAS. So I think there is a conflict of interest here. I am sorry if you are one among the author of these papers. Then I am not sure if what I am saying is valid. If that is not the case since this article will fetch you money which means this is a commercial purpose. So it is not legal to use these images I will say. (Also you may want to read this about #steemSTEM guidelines regarding copyright issues.)

Alrighty, thanks for the heads up, didn't read fully enough, I saw "Share — copy and redistribute the material in any medium or format". They are removed. I'll make my own charts from the data next time ;)

Only in rare cases, I received a positive reply. I appreciate it :)

Thanks for sharing this with us. I saw the news on TV too and believe it is time to focus and develop natural remedies (alternative medicines).

and we have to keep us healthy..