The biggest and the most scary fish in the history of fishes. According to the researchers,there are nearly 300 varieties of fishes found in the world----but only few of them are very dangerous. They are found almost in every ocean and sea in the world. Some sharks are the habitat of lakes and rivers too, but mostly they prefer to live in warm waters. 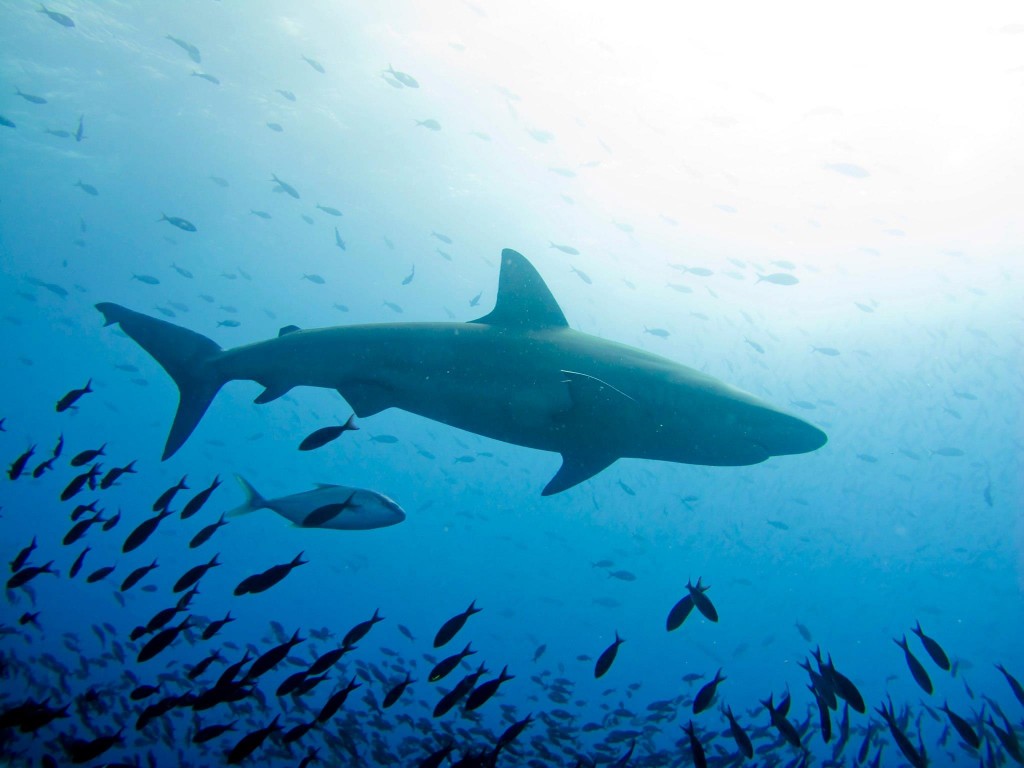 Fossil records indicate that ancestors of modern sharks existed over ~420 million years ago, making them older than Dinosaurs! (~240 million years ago).
A wonderful thing about the sharks is their senses. God has given them very powerful and sharp senses of smell and hear. They can smell even a drop of blood in the water from about a half kilometer away. Their hearing too,is well developed but they are very bad at sight. Sharks can smell, taste, touch, see and hear also, but they often find their preys with the help of their wonderful smelling power. Here is a great danger for the tourists, who love to enjoy swimming on the warm coasts, because, as we already talked about it that sharks can easily smell a drop of blood from half a kilometre away;so a person with a tiny cut can easily invite a shark and can be it's breakfast,lunch or dinner.
It is to be noted here that all kinds of sharks are not too long and heavy,some of them like the Spiny Dogfish are only one foot long,while some are too much bigger;like the Great White Shark and the Whale Shark.The Whale Shark (the most beautiful shark), is usually 18 meters long and the Basking Shark,which usually has a length of 14 meters. These kinds of sharks are not very dangerous, because they do not eat meat. They feed mainly on plankton; tiny plants and sea creatures. 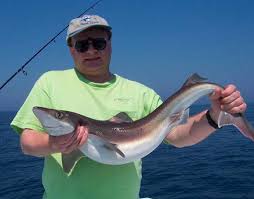 According to the movie 'JAWS', which is based on a book written by Peter Benchley, is about a dangerous shark. According to that movie, the jaws of the shark is indeed the most frightening part of the shark. There are thousands of teeth in five rows along the jaws, when it loses a tooth during the attacks for prey,another tooth comes forward to take its place. A shark weigh over seven tonnes, and it can easily gulp a man through it's extremely vigourous jaws. When a shark gets hungry, it can attack anyone and anything come in the way---------A strange and amazing thing about the shark is that when it is excited, it does not seem to feel pain. when it attacks other fishes or boat, it usually get injured but goes on eating as if nothing has happened. Even if it became seriously injured that its inside rolled out, it start to eat its own inside trailing out of its body.
The shark has a streamlined body which enables it to swim easily, along with the two powerful tail fins to push it forward quickly and easily. To maintain its balance into the water, it is blessed with a strong dorsal fin and two large ventral fins on the stomach.
Sharks belong to the class Chondrichthyes meaning they have skeletons made of cartilage. Contrary to popular myths they do get cancer. It is also very surprising that sharks do not have single bone in its whole body, it's skeleton is made of cartilage--tough elastic tissue that is found inhuman nose, throat and ear. Its skin is very very rough like sandpaper.
SHARKS usually swim at a speed of four to eight kilometer per hour; but the MAKO can teat through the water at a high speed of 64 kilometers per hour!!! 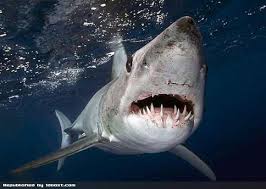 The shark keeps on moving 24 hours a day, because if it is still, it cannot breathe, even while dozing, it moves on. They hunt and eat variety of things in the sea including other sharks and dead creatures, and play their roles to keep the seas and the oceans clean.
IS EVERY SHARK DANGEROUS TO HUMANS AND OTHER SEA CREATURES??????
Thankfully!!! the answer is NO..................only a few kinds of sharks are dangerous and attack peoplel, like the Tiger Shark, the White Tip Shark, the Mako Shark and the Great White Shark.But a good news is this, that all of these sharks are quite rare in the oceans and seas of the world. Thanks a lot dear for encouraging and supporting me!!!!

thanks a lot!! i also did the same to u dear

Your posts are very detailed and informative.
Thankfully, there ain't any sharks on Steemit but only whales and dolphins 😊. Hope you will soon grow into one. My best wishes for it! (But be careful on your journey as sometimes whales can eat planktons too, though 😉)